If you want to make millions of dollars on YouTube, you need more than just a large number of subscribers. The best YouTube accounts utilize their content as a springboard for other revenue streams. 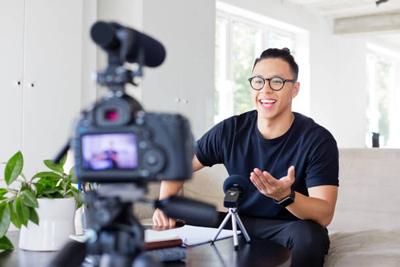 Only a few YouTubers have a significant number of subscribers: According to Tubics, a marketing software firm, just 22,000 of 37 million accounts have more than one million members. The great majority of successful creators are part of a “middle class” of accounts with 50k–500K followers, many of whom cannot support themselves solely via their YouTube revenues.

Subscribers are valuable since they are more likely to engage with your content and share it with others on a regular basis, but they aren’t the greatest statistic for evaluating how much money they’re making. To get a better idea of how much creators are paid, look at their “cost per mille,” often known as cost per 1,000 ad impressions, or CPM.

When you use Google’s Partner Program to monetize your videos, you allow ad revenue sharing depending on your CPM. The cost per 1,000 impressions statistic indicates how much money advertisers are willing to pay for advertising on your YouTube videos. However, as Business Insider points out, no YouTube creator has the same CPM on a consistent basis since advertisers pay varying rates based on a variety of criteria such as region, seasonality, and topic.

When Will Your Channel Start Earning?

You are unlikely to earn anything as soon as you upload your first video on YouTube. You’re a newcomer and you’re a long way from being considered an influencer. Everyone, however, must begin at the bottom.

In principle, you may sign up for an Adsense account and enable your YouTube channel for revenue the instant you make it. In fact, though, you are unlikely to generate any real money until you have increased traffic to your site.

Although some advertisements are CPM, the majority are CPC (cost per click). To make money from a CPC ad, you must have a viewer click on the ad. In fact, just a small fraction of your visitors will click on the advertisements that appear around your videos. Even the CPM advertisements in the video demand more than a quick glance. A viewer must watch them for at least 30 seconds for it to be counted for payment (or half the ad for a very short video).

Consider how many people skip through the commercial at the beginning of a video, thereby eliminating any prospect of payment to the channel. You split any advertising revenue with YouTube if visitors click on or see your advertisements for long enough to earn money. Only when your AdSense account hits $100 will you get paid.

You should ultimately be able to drag yourself out of YouTube’s graveyard of bad performers if you have enough patience and on-camera talent. You should be getting AdSense revenue every month at this time, as well as affiliate marketing income if you have chosen to go that route.

However, at this point, you are still mostly creating videos for love, with some other source of money covering your day-to-day living expenses. You may now be considered a minor influencer in your own niche.

When you reach 20,000 subscribers, you might consider seeking financial support through a site like Patreon. Patreon’s typical supporter pays $7, with Patreon retaining 5% of contributions as a commission. It should be noted, however, that if you submit videos on a regular basis, you will most likely get recurring contributions from your Patreon supporters.

Once these channels see success, they should try to do more with AdWords, such as purposefully chasing keywords with a relatively high CPC. For example, if they are a review channel, you might concentrate on evaluating goods that attract advertisements with a higher CPC. 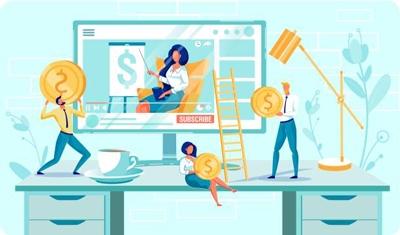 When a YouTube channel’s subscribers hit the millions, the creators’ lives become much easier. These channels are gaining popularity and recognition as being prominent in their respective fields.

Although 1,000,000 subscribers may appear to be a large number, these channels are still not in the upper echelons of the industry. Over 2,000 channels have now joined the 1,000,000+ club. Some are official channels for offline celebrities, notably official music channels for Justin Bieber and Rihanna, but many are simply regular folks who have acquired a YouTube following.

Once you have a large enough following, you will have enough traffic to make a decent living.

Clearly, at this level, a channel is likely to have sponsorship, endorsement, and product placement options. Many of these YouTube stars will also be well-known enough to sell merchandise to their following.

Clearly, at this level, a channel is likely to have sponsorship, endorsement, and product placement options. Many of these YouTube stars will also be well-known enough to sell merchandise to their following.

YouTubers may make more money selling merchandise than they can from ads. If a creator has a large, engaged, and devoted following, the earnings from selling mugs, T-shirts, coffee beans, bags, stationery, or online instructional videos may be substantial. According to Tubefilter, Jake Paul has 200 million views on average each month, putting his monthly AdSense revenues between $50,000 and $800,000. His projected annual merchandise income, on the other hand, ranges from $820,810 to $4,292,940.

As previously stated, Patreon allows creators to earn money from their most devoted followers in return for unique content and perks. You can easily make as much money through Patreon as you do from ad income, but you’ll need to build up a huge following first. This blog post provides an excellent description of how a Patreon account may be utilized to supplement your earnings beyond what you can earn from YouTube ads. 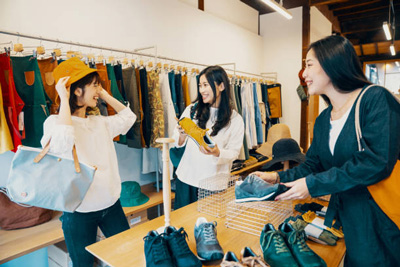 A lot of free stuff is provided to YouTubers in the hopes that they would evaluate the goods on their channels. It’s difficult to put a precise number on this because it’s not exactly revenue, but imagine how much a creator can save on expenditures if, for example, they run a cosmetic product review channel and all of the goods being reviewed are paid for by someone else.