Discord is a free text, audio, and video messaging network created by gamers for gamers. This free software focuses largely on delivering high-quality, lag-free audio chat to interact and collaborate with other gamers all around the world.

In 2017, there were over 2.2 billion active players worldwide, generating a staggering $108.9 billion in gaming revenue. What better game-based business model than one that links these gamers, allows them to have voice chat while playing, and assists them in creating communities and interacting with their gaming buddies when they are not playing?

Discord is a freeware application devoted to all of this.

Jason Citron and Stan Vishnevskiy, the company’s founders, have been fans of video games since they were children, cherishing the friendships and relationships they made while playing them.

So, in 2015, Stan and Jason began working on Discord. It was a hit with people all around the world. Discord made it simple to interact with friends in a way that went beyond ordinary conversation. Friends maintained contact with their various communities.

Discord made it easy to join a conversation by allowing users to communicate via text, voice, and video. Within a few years, Discord began to take off, and passionate fans of our software sprung up all over the world.

Discord is not required to reveal ownership statistics to the public because it is a privately held corporation. Given his previous $104 million departure, Citron was most likely able to raise on favorable terms. As a result, he and Vishnevskiy should continue to be the primary shareholders in the company.

Benchmark, as the firm’s lead Series A investor (and participator in subsequent rounds), will likely be one of the major shareholders.

Once Discord files are made public, the exact ownership stakes should be revealed. So far, no plans for an IPO have been revealed.

How Does Discord Make Money?

Discord’s primary product, as previously indicated, is free to use. This enables the company to sign up consumers in a short period of time.

Like any other business, it had to work out a revenue plan. Discord’s Nitro bundle was released in 2017. Other sources of revenue developed in the years that followed.

However, not all of the company’s initiatives have gone as planned. Two years after it opened, the firm closed its retail store, which sold Discord-branded apparel.

As startups experiment with various revenue strategies, some succeed while others fail. For the time being, Discord generates revenue from three separate sources, which we will discuss further below. 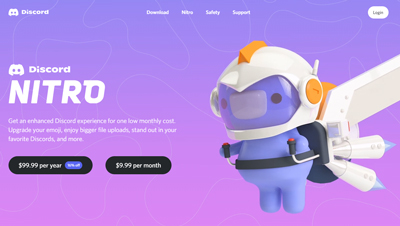 Discord Nitro is a premium subscription package. Discord Nitro costs $9.99 per month or $99.99 annually. Nitro Classic, the less expensive version, costs $4.99 per month or $49.99 per year.
Nitro is free to try for the first 30 days and may be discontinued at any time. This is comparable to Netflix’s approach, which promoted a frictionless user experience and price flexibility.

In 2018, Discord opened its own game shop to compete with Steam. Nitro members get access to Discord-exclusive games such as Dead Cells and Into The Breach via the game shop. The business never really took off and was closed down barely a year after it opened. Discord rapidly shifted to a new business model, partnering with game creators to sell games only on its servers.

Discord earns money when a game is purchased and played on its servers. Each sale is subject to a 10% commission. For example, if a game costs $14.99, Discord will earn $1.49. 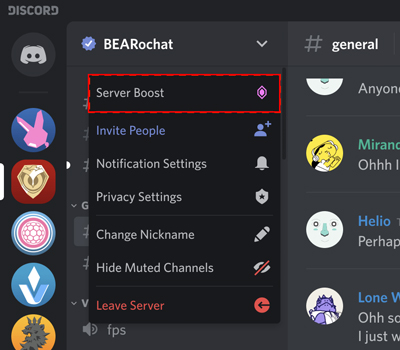 Server Boosting enables a community to increase the functionality and performance of a Discord Server. A monthly server boost costs $4.99. Nitro subscribers will enjoy a 30% discount on the server increase. When two people pay the subscription price, Level 1 is unlocked. Level 2 necessitates 15 boosts, whereas Level 3 necessitates 30.

The premium features apply to everyone on the server, whether they pay for the boost or not.

According to Crunchbase, Discord has raised $479.3 million in venture capital investment over 11 rounds. Spark Capital, Tencent (developer of League of Legends and PUBG, among others), Index Ventures, Benchmark, Accel, General Catalyst, and others are among the notable investors.

Discord was valued at $7 billion at the company’s most recent funding round, which was announced in December 2020. This is a 100 percent increase over the $3.5 billion valuation Discord achieved in July 2020.

According to Forbes, Discord will make $120 million in yearly income in 2020, up from $70 million the previous year.