Twitch is the most popular gaming site, with over 4 million monthly broadcasters and 17.5 million daily users all playing or watching other people play video games. It’s also the go-to place for gamers looking to turn their pastime into some additional income and earn money without having to work a traditional job.

Subscriptions, sponsorships, and a part of ad revenue, among other things, help some broadcasters make seven figures per year. Granted, they often have tens of thousands of followers and spend hours every day on their channel broadcasting, gaming, and hosting other games.

However, you do not have to be an elite user to profit from the site. Here’s how to grow your Twitch audience and start generating money.

What Are the Different Ways Twitch Streamers Make Money? 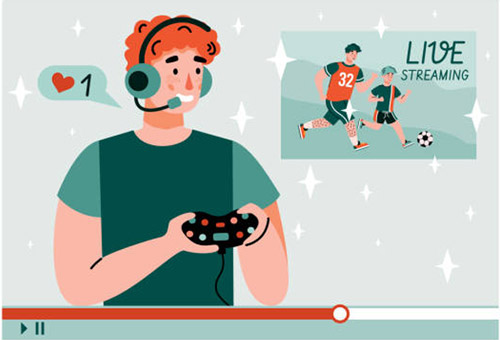 On Twitch, streamers make money from crowdsourced subscriptions, viewer donations, and ‘Twitch Bits’ (another form of viewer donation). Advertisements, brand sponsorships, affiliate marketing, merchandise, and game sales are all sources of revenue for them. In addition, some Twitch streamers get money from YouTube videos and Patreon fundraisers.

When Do You Get Paid by Twitch?

If your account balance is more than $100 once you figure out how to generate money on Twitch, the platform will pay you every 15 days.

How to Make Money on Twitch Without Being a Partner?

It might be quite difficult to make money on Twitch if you’ve just started streaming.

If you want to learn how to make money on Twitch without becoming a Partner, there are four options to consider as you build your following: 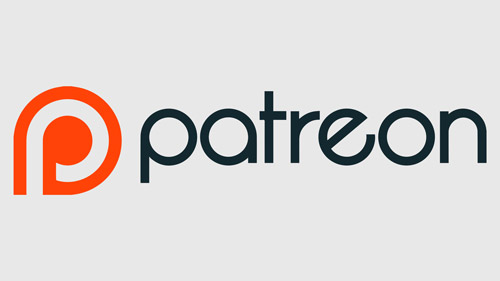 When you don’t have a lot of followers, it’s difficult to figure out how to generate money on Twitch. Plus, until you become an Affiliate, you won’t be able to use Twitch subscriptions.

If you have a few loyal viewers who enjoy your streams, you can get them to give money to you on Patreon each month in exchange for rewards you provide.

For example, you may provide patrons with exclusive video content or share top gaming tips and tactics. Make sure your Twitch profile description includes a link to your Patreon website, and advertise your Patreon rewards to viewers throughout streams. 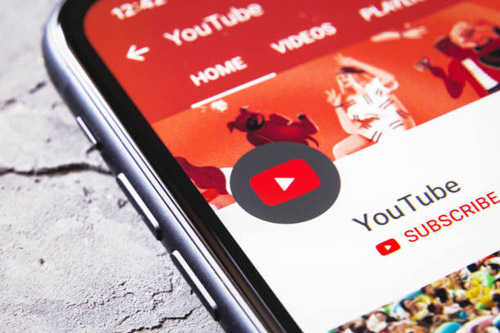 You can start earning some money from YouTube advertising by uploading the finest sections of your streams to a YouTube channel. You may, for example, submit game compilations, intriguing or humorous snippets from your streams, or even original content.

Making money on YouTube, like Twitch, may be a difficult task. Uploading videos to YouTube, on the other hand, has another major advantage: it’s a terrific method to get new Twitch viewers. 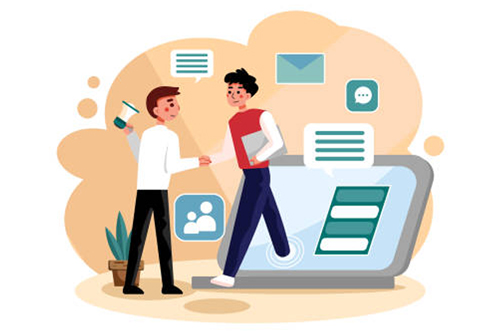 Sharing affiliate links is another wonderful method to make money on Twitch without being a Partner (which is not to be confused with becoming a Twitch Affiliate).

Affiliate marketing is the practice of promoting products and services online in exchange for a fee or commission on anything you help sell.

The most common way for streamers to make money with affiliate marketing is through Amazon Associates. This service allows you to link to Amazon products and earn a percentage of any sales made by your viewers.

Promote your affiliate links on your social media accounts, within a chatbot, and during streams to increase your income. 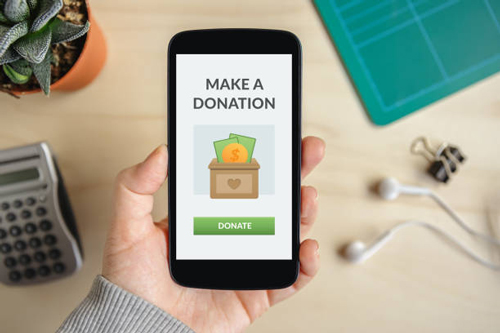 Many Twitch viewers want to donate money (or ‘tips’) to their favorite streamers. You can take donations through a third-party provider even if you can’t collect Twitch Bits until you’re an Affiliate or Partner.

You can start collecting money by using services like PayPal, Streamlabs, Muxy, or Donorbox to add a “Donate” button to your channel.

You can also ‘sell’ in-stream services to encourage viewers to donate. If you’re a musician, for example, you may accept song requests from contributors. You might even offer to drop your armor for a brief time if you play first-person shooter games to make the game more exciting.

How to Earn Money on Twitch with a Regular Audience?

It will be easier to make money on Twitch utilizing the tactics discussed above once you’ve built up a regular audience. Plus, there are two other ways to earn a little extra cash: 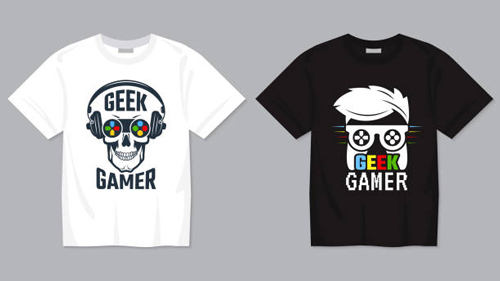 Some of your fans may buy your products, such as t-shirts, stickers, mugs, and laptop covers, if you have an engaged crowd.

Set up a Shopify store and utilize a print-on-demand service like Printify or Printful to sell branded products. You can also make money dropshipping with Oberlo if you use a Shopify store. To develop designs, use a program like Hatchful or Canva, or hire a designer on a platform like Fiverr or Upwork.

To obtain sponsorship opportunities, you don’t need to be a Twitch Affiliate or Partner; all you need is a somewhat significant engaged audience that marketers want to target.

You can promote a wide range of companies and items to your Twitch audience, from gaming hardware and fashion labels to beverages and musical instruments.

Brands usually approach streamers they want to partner with, but there’s nothing stopping you from approaching brands directly. You might also want to look at businesses like PowerSpike and HelloGamers, which set up sponsorship partnerships between brands and streamers.

How to Get Paid on Twitch as an Affiliate?

To become a Twitch Affiliate, you must complete a set of requirements, including the following:

When you join Twitch as an affiliate, you receive access to three additional monetization options: 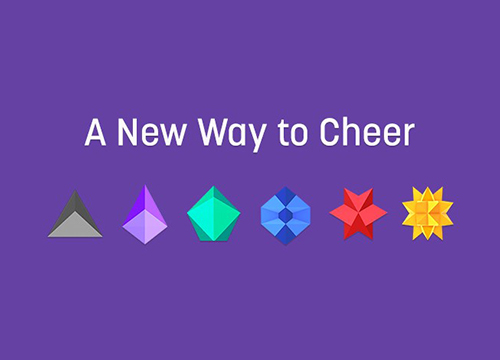 Once you’ve become a Twitch Affiliate, you’ll be able to collect donations in the form of Twitch Bits directly through the platform. Bits can be purchased or earned by watching advertising or completing surveys. Bits are available in a variety of sizes and colors.

Bits are virtual shouts or tips that viewers offer to streamers in the chat when they love the live show and want to show their support for the creator. Twitch Affiliates get paid $0.01 for each bit they receive. This may not seem like much, but as your viewership rises, it can add up.

Twitch allows viewers to pay a monthly subscription to subscribe to their favorite Affiliates and gain access to unique bonuses.

Subscriptions are available in three tiers: $4.99, $9.99, and $24.99 each month. What’s the best part? Twitch Affiliates get 50% of this month’s revenue (with the other half going to Twitch). As a result, subscriptions are frequently the most important and consistent source of money for streamers. 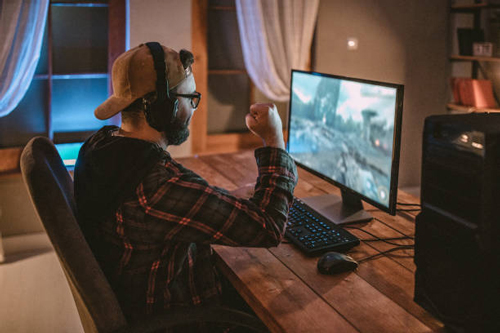 You may make money as a Twitch Affiliate by selling games on your channel. All you have to do is stream yourself playing a game from the Twitch store. Then, on your profile, a “Buy Now” button will appear, allowing viewers to purchase the game and in-game add-ons. Affiliates earn 5% of any game sales made through their Twitch channel.

How to Make Money as a Partner on Twitch

Twitch shows pre-roll ads before allowing viewers to join a stream. In addition, Partners can trigger mid-roll ads at any time throughout a stream – for example, many Partners show commercials when they go to the toilet or grab a bite to eat.

How much money do Twitch streamers get from ads?

Twitch ads typically cost between $0.002 and $0.01 per view, based on a variety of criteria like:

To give you an idea of how much this is, you would make $7 if you earned $0.007 with 1,000 views. Ads aren’t always the most profitable way to make money on Twitch, but if you have a large audience, the money may pile up quickly!

How to Grow a Twitch Audience? 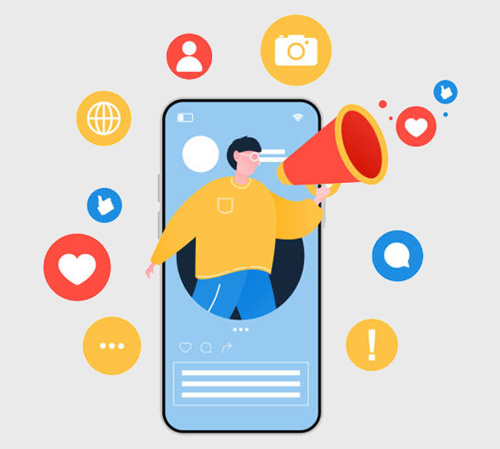 How do you increase your Twitch audience and develop a community? The following are four excellent practices to follow.

You need a way to stand out from the crowd in order to get noticed. So, start thinking about how you might carve out a niche for yourself. For example, let’s say you master a new game that’s becoming increasingly popular. Maybe you’re not the best gamer in the world, but you’re smart and entertaining.

2. Engage with the Audience

You have a golden opportunity to convert a new viewer into a true fan who will subscribe and promote your stream to their friends whenever a new viewer joins your stream. So, in any way you can, engage them.

To get viewers to tune in on a regular basis, ask viewers questions, respond to chat remarks, and crack jokes.

3. Form Friendships with Other Streamers

Creating new opportunities by networking with and supporting other ambitious and popular streamers is a fantastic method to do so. If you interact with another streamer and participate in their chat, the streamer and their viewers may come to your channel and subscribe to you.

You can even plug each other’s channels and host each other if you form friendships with other streamers. This will help your audience cross-pollinate and attract new viewers.

Twitch has a limited number of tools to market your streams compared to other social media sites. As a result, branch out to other platforms to expand your audience.

You may, for example, boost your YouTube audience or your Instagram following. Then you can tell your followers about your Twitch streams.

If you enjoy playing video games in your spare time, you might be able to turn that passion into a source of additional revenue. Of course, a select few gamers are able to make a living solely from their gaming activities and have become worldwide celebrities.

It’s difficult to earn money on Twitch. It is, however, feasible to make money from your streams over time with hard effort and devotion.